The purpose of the Vanilla template is for developing new engine when you find other engine templates do not fit your needs. This template provides a skeleton to kick start new engine development.

By default, it simply reads the "EVENT" involving "ENTITY_TYPE" and "TARGET_ENTITY_TYPE". The Algorithm counts the number of events and multiple it by the algorithm parameter and store it as Model. During serving, the Query is prefixed with the Model and return as PredictedResult.

Now let's create a new engine called MyNewEngine by downloading the Vanilla Engine Template. Go to a directory where you want to put your engine and run the following:

A new directory MyNewEngine is created, where you can find the downloaded engine template.

As long as the appId is valid, this Vanilla Engine template does not require event data in your app in order to work.

As long as the appId is valid, this Vanilla Engine template does not require event data in your app in order to work.

Now you can build, train, and deploy the engine. First, make sure you are under the MyNewEngine directory.

Start with building your MyNewEngine engine. Run the following command: 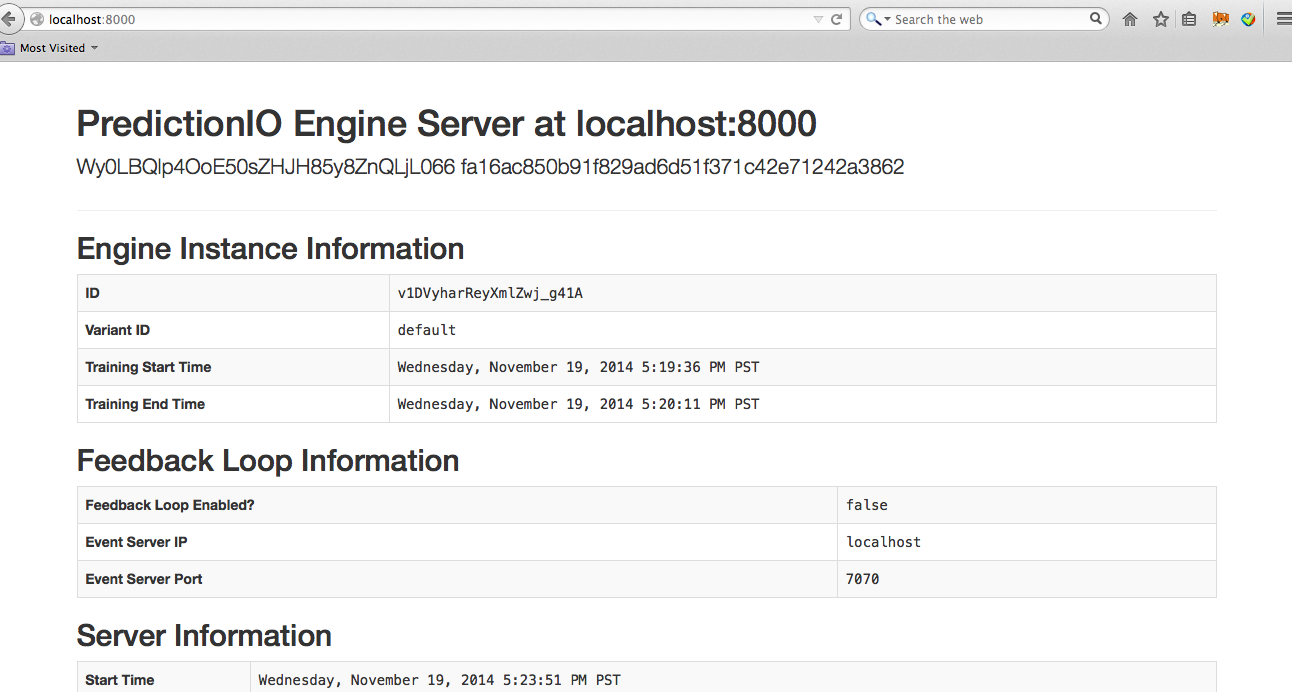 Now, You can try to retrieve predicted results. The engine accepts JSON query with the field 'q': { "q" : "foo" }. A prefix is added to the query data and return as PredictedResult.

With the deployed engine running, open another terminal and run the following curl command or use SDK to send the query:

MyNewEngine is now running. You can start modifying it to build your new engine!